In Bitonto, in the province of Bari, a dog was abandoned in a well closed with mass. Thanks to a girl who was walking her dog in the area, he was saved.

Well dog
Bitonto, province of Bari, artisan area. A puppy lies at the bottom of a well tied up with a collar and rope. Filming everything with her cell phone is Gianna Serena Manfredi of the Qua la Zampa Heart Association, alerted by a girl who was walking her dog in the area. She will need the help of a group of people but in the end they will manage to get the animal out safely.

The video of the recovery dates back to last Sunday. And if the ending manages to elicit some emotion, one still wonders who could have carried out such a cruel gesture towards a defenseless creature. The elements collected made it possible to reconstruct the ways in which the insane act was carried out.

“We very often find abandoned dogs in poor conditions during the year – the woman explained to Kodami – we find them closed in dilapidated boxes or kept on a chain without food. But something like this has never happened to us before.” Willy, this is the name chosen for the dog, is about one year old and may have been lowered from the end of the well with the rope around his neck. In fact, at the veterinary check he did not show any fractures or signs of a fall, also considering the depth of the opening. Most likely his will was to get rid of it. Neither water nor food had been left for the dog and the small opening of the cistern had been specially covered with a large boulder.

It’s easy to imagine that if no one had passed by there he would have died within a few days. By the way, it can be said that for Willy the arrival of a girl with her dog was a real stroke of luck: “My dog approached at that point to pee and I heard barking”. tells in one of the videos published by Gianna. At that point she realizes that an animal is trapped in the well. She contacts the voluntary association and immediately a large group of people is mobilized ready to lend their hand. The local police also arrive at the scene. Sergio, one of the men who has come to lend a hand, recovers a ladder and, after having pushed aside the rocks that delimited the opening of the well, being careful not to drop the stones on the dog, he descends inside the cistern. In a few seconds he resurfaces with the dog in his arms, immediately handing it to another person who he finds on the surface. The little one, still frightened, hints at a movement of the tail as a sign of relief. At a subsequent check, his health conditions will still appear good, despite the terrible circumstances in which he had found himself in spite of himself. Willy is safe right now, entrusted to loving hands.

Already in the past, Gianna Serena Manfredi had told Kodami the story of Heart, a German shepherd abandoned in a garden because he was sick and paralyzed but who, thanks to the love of the volunteer, had been able to end his life peacefully. Even looking at the sea for the last time. An event that had touched her so much that she renamed her association with the name of that animal: «In the two and a half months in which the dog was with us and with our other animals – she explained to us epoch – a very strong bond had been created». Gianna Serena Manfredi with Heart
in the photo: Gianna Serena Manfredi with Heart
The images alone of this recovery make us ask innumerable questions about what drives the human mind to carry out such atrocities. It is difficult to understand how such a good and defenseless animal can be locked up in a well, condemning it to almost certain death. This time, at least, the love of those who care about animals has managed to perform a miracle and leave us some hope for the future. 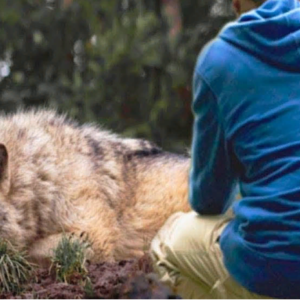 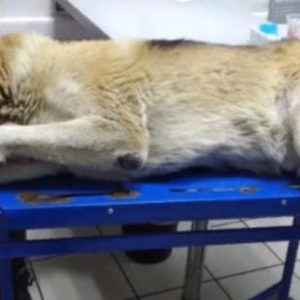 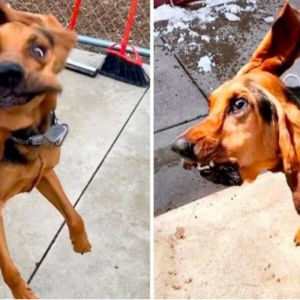 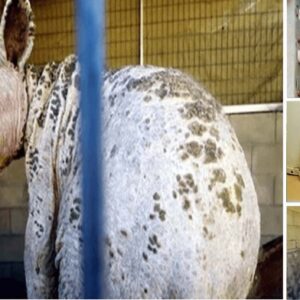 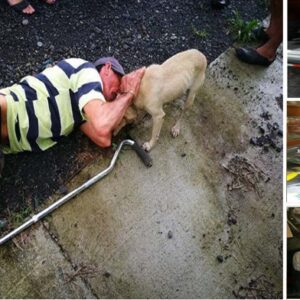